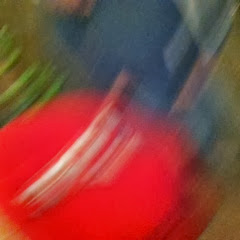 I used to have a library of books.  Well, I do have a library of books, but the entire notion of the possession of books has become complicated.  I used to have a collection of CDs and also a collection of photographs that were nicely arranged in an assortment of albums.  I have a collection of DVDs - my foreign films collection, but sadly the hold on those are tenuous.  My books, CDs, photographs, and DVDs adorned my apartment, adding to its aesthetic appeal.  They also testified to the depth and breath of my scholarship, my eclectic taste in music, and to my evolution as an amateur photographer.  They portrayed me as the consummate renaissance man.

No such collections adorn my space any longer.  Instead of being some of the objects in which I took great pride and joy, they became a mere  encumbrance, a superfluous  burden that has to be reckoned with whenever the need to move became necessary.  I do have a library of books, a collection of music, and thousands of photographs.  The trouble is I do not know "where" they are.  Well, actually I do know "where" they are.  They are on my iPad, on my iPhone, and on my computers.  But are they there, really?  What used to be tangible material occupying space in my home - stuff that I could see and touch - have now vanished into the digital air.  The concepts if space, time, and material have been redefined because of the advent of digital technology, and, as my friend, Neville, pointed out laughingly, this is nothing new.  However, for me, it is the philosophical significance regarding this issue that is of moment.  The age old question regarding the nature of reality is now back on the table.  But more of this in a next blog.

[Photographic Art by Ric Couchman]
Posted by Ric Couchmam at 6:11:00 AM
Email ThisBlogThis!Share to TwitterShare to FacebookShare to Pinterest