They Are the Champions 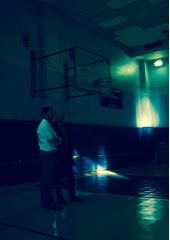 Take two teachers. Not just any teachers, but two teachers whose roles are both those of teacher and counselor and whose school (again not just any school) provides a college preparatory education within a therapeutic milieu for bright, underachieving adolescents.   Now take a group of ten students from that school to form a team to participate in a high school basketball league involving six other schools.  Imagine that among those ten students none has played on a basketball team before, most lack any significant basketball skill or knowledge, three did not want to play at all, and most preferred to hang out with their friends than participate in practice. 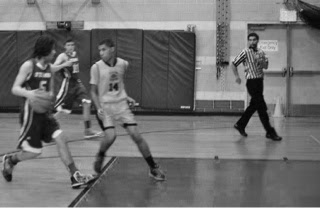 Take a coaching philosophy that sees winning as secondary and learning about self as primary and that emphasized teamwork, poise, and patience.  Take practice sessions that made winning games a possibility and that focused on an aggressive zone-defense scheme, on efficient ball and personnel movement on offense, and on controlling the pace of the game.  Now take a situation in which our two teachers had limited access to a basketball gym for practice sessions but used a small classroom for most sessions (lots of them verbal) with electric tape on the floor marking out  three point arc, key, and free-throw line.

Imagine, after each game, referees and parents of students on the opposing teams going over to the two teachers commending them on the way they treated their players in contrast to the opposing coaches who were constantly yelling at their's.  Imagine also the team making the play-offs and the two teachers resigning (as a strategy) as coaches of the team immediately afterwards because some of the students were inconsistent in attending practices.  Picture their desperation and and disappointment, their frantic effort to acquire the help of other staff members to intercede on their behalf to get the two teachers to reconsider their decision, and their commitment and promise to work together as a team in the future

Now put all the above together and you get a team that won in a semi-final nail-biter to get to the finals of the New York City Metro League (for the second year in a row) and that won the Championship Game in a nail-biter as well.  Congratulations, Robert Louis Stevenson School - 2014 Metro League Champions!
Posted by Ric Couchmam at 9:30:00 AM
Email ThisBlogThis!Share to TwitterShare to FacebookShare to Pinterest