When Art Makes a Disclaimer 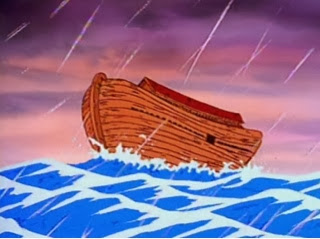 A lot of Christians (mostly Evangelical) have been up in arms about the soon-to-be-released Hollywood movie, "Noah".  Their point of contention is that the film's narrative diverges considerably from the story presented in the Old Testament's Book of Genesis.  As a consequence, the film's producer/distributor, Paramount,  has been forced to add a disclaimer to the "Noah" trailer.  Three things things crossed my mind as I thought of this controversy. 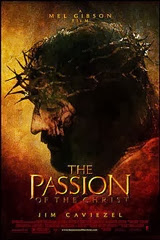 First, most Christians wholeheartedly embraced without complaint Mel Gibson's excessively embellished "The Passion of Christ" despite its  historical and biblical inaccuracies.  Of course the inaccuracies did not in any way conflict with their views of God or faith.  Secondly, the Genesis account of the Flood is not the only extant account of that catastrophe.  It is one of many accounts, over twenty or so from ancient cultures on every continent.  In fact, the ancient Sumerian and Babylonian accounts predate that of the Book of Genesis.  Given the story's apparent universality and varied renderings, no religion or culture can claim it as its own.  Thirdly, since when does Art (visual, audio, or literary) need to make disclaimers.  It's very existence is a disclaimer.  It explores possibilities in a world that is largely of the Artist's imagination, a world that is timeless, a world in which those willing to suspend judgement can participate briefly and then leave that world behind. 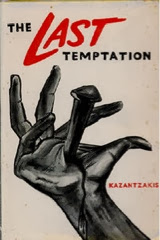 When all is said and done this controversy will pass.  It will be talked about and debated for a while, Paramount will try to please Christian dissenters because it is more interested in making money than in promoting Art, but the controversy, like that surrounding "The Last Temptation of Christ" will all be forgotten.  And life will go on while we await another controversy.
Posted by Ric Couchmam at 8:11:00 AM
Email ThisBlogThis!Share to TwitterShare to FacebookShare to Pinterest