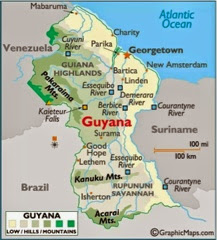 During the past thirty years I have had the opportunity to travel to several countries of the world.  On each occasion, upon my arrival at the ports of entry of those countries, I was always reminded - from the signs in bold print - of my foreignness.  For the most part, I never got the feeling that I was really welcome, at least not by many of the immigration officers who processed my entry.  My entry last year into Dusseldorf, Germany is a recent case in point.  I was treated with disdain, as if I were some kind of criminal.  Of course it doesn't help that my nationality is one among many other nationalities that are not from Western Europe, North America, Australia, or New Zealand, or that my country falls under the dubious nomenclature of "Third World".  Entry, without discrimination, into the so-called "First World" countries is largely dependent on the economic status of the traveler's own country, never mind the fact that a traveler's own "third world" country might have been raped and plundered by and might have contributed to the wealth of those same first world countries limiting or denying access or reluctantly allowing access.  But I digress.

So here I was, during the first week of my Easter break, standing in line, waiting to have my entry processed by the immigration authorities in this very small, English-speaking, South American country.  It was about thirty years since I last set foot on its soil.  I stood in the line that said "Nationals", and then I looked across at the other lines for which the signs read, "Non-Residents/Visitors".  For the first time in thirty years I did not feel like a foreigner, a non-resident, an immigrant, a mere "green-card holder", an alien.  I stood in that line a national (Now my current country of residency has been good to me, and the opportunity for citizenship has been available, but I have chosen not to pursue it as a matter of conscience.).  As I stood before the young, smartly dressed immigration officer, I could not help but inform him how long since I had last stepped foot into the country.  He scanned my passport, stamped it, handed it back to me, and with a warm smile lighting up his face, said, "Welcome home, Sir."  I shall leave you, my readers, to imagine the emotion that followed.  I "belonged" somewhere, after all.

Posted by Ric Couchmam at 2:21:00 PM
Email ThisBlogThis!Share to TwitterShare to FacebookShare to Pinterest