A Blown Papal Visit to the Un-Holy Land 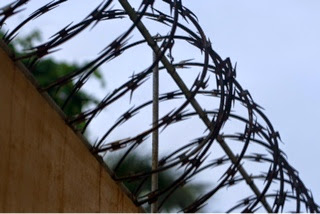 Your Apostolic Exhortation, "Evangelii Guadium", and your New Year's message, "Fraternity, the Foundation and Pathway to Peace", in which you spoke out against injustice and inequality really energized me and gave me hope that finally we have a high-profile voice unafraid to speak to the powers that be.  However, your recent visit to the un-Holy Land made me realize that my hope in you might be misplaced.  The under-current of courage that seemed to pervade those two afore-mentioned messages seemed considerably lacking in your message during your "pilgrimage".  Even before you made the trip I knew something just was not right when I heard that you characterized it as "strictly religious", "purely spiritual", and "absolutely not political".  Not political!  Unbelievable!!  To me that meant that during your "pilgrimage" to that Land brimming with oppression and injustice, that Land with the largest open-air prison in the world, that Land in which illegal settlements are constructed as Government policy you will be making nice, playing at politician rather than being the Pope, playing the part of diplomat (speaking in generalities and making meaningless, symbolic gestures) rather than being direct.

And...so said, so done.  You departed the un-Holy Land leaving the oppressors and the leaders of that prison guard state feeling like they are roses and angels.  No calling them to account for their disproportionate use of violence.  No calling them to account for their unchecked building of illegal settlements.  Not a single mention of the word, "occupation".  But validating, by your wreath-laying, the ideology that is the basis for those illegal settlements and the occupation.  Un-be-frickin'-lievable!!  And then inviting a representative from the oppressed  and the oppressors to join you to pray for peace?!!!  Seriously!!  Pope Francis, one does not invite a bully and her/his victim to pray that there might be peace between the them, or invite occupier and occupied to pray that the occupation might be no more!  One (in this case, you) uses his authority and influence to say to bully or occupier, "Your actions and policies are wrong, and you must desist from them."  You had a great opportunity to be a John-the-Baptist, to be a moral leader.  Remember how he called Herod to account with his, "Thou art the man."?  You had such an opportunity and you squandered it.

[Photographic Art by Ric Couchman]
Posted by Ric Couchmam at 6:45:00 AM
Email ThisBlogThis!Share to TwitterShare to FacebookShare to Pinterest