"The Opiate of the People" 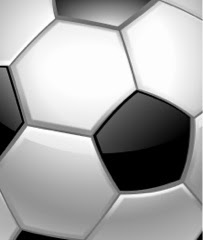 Let me be absolutely clear.  I am not an atheist; I am a theist.  I believe in God(s), and I embrace Religion, especially the six major religions - Football (not the American one. That's a cult.), Islam, Hinduism, Buddhism, Christianity, and Judaism.  I cannot for the life of me understand the atheists when they make their claim that God does not exist.  Which planet are they living on?  Have they never heard of Pele, of Maradona, of Messi, of Ronaldo, and many others?  Though they would not tell you this, the majority of the devotees of the other religions secretly prefer the first religion.  It is my preference too.  In that religion, the football stadium is the place of pilgrimage, Brazil is the holy land, and the "World Cup", not Lent, is the most sacred season for making sacrifices.  In fact, more sacrifices are made during that period by the devotees of the Football religion than any of the other major religions.  For about four weeks they give up their daily responsibilities of work, parenting, hygiene, and other responsibilities to concentrate all their energies into sitting before their TVs to worship as they watch the "religious services".  Though this religion is not the religion with which I am currently affiliated (I identify with Christianity.), I do celebrate its 4-yearly Lenten (World Cup) season, as do many of the devotees of the other religions.  What I find particularly interesting is that I am more than willing to forego food, sex (!!!!), work, bodily functions, jogging, to love my enemies (especially affiliates of this religion), and to "hate" brothers, sisters, partner, children to worship during this season.  My own religion does not inspire that level of commitment from me.   But I do understand what Karl Marx meant when he said that religion is the opiate of the people, for I cannot get enough of that Religion called Football.

Posted by Ric Couchmam at 9:02:00 AM
Email ThisBlogThis!Share to TwitterShare to FacebookShare to Pinterest