The "Little Bastards" on Our Doorsteps 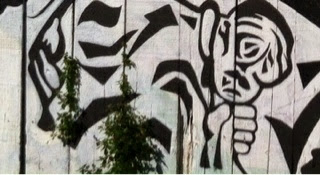 Concerning the thousands of Central American children (or those "little bastards" as  one individual commenting online referred to them) and their parents crossing the Mexican border into the United States, President Obama attributes this to "the desperation and violence that exist in some of those Central American countries".  He certainly got that right.  But this desperation and violence in those countries must be laid squarely at the feet of his regime and the Washington regimes that have been in power from as way back as the adoption of the Monroe Doctrine and subsequently the Roosevelt Corollary - foreign policies, especially the latter, in which the US assumed the right to intervene in Latin America.

The results of these policies in Latin America through the years include support of dictators, invasion and occupation of sovereign territories, overthrow of legitimate governments, providing arms to puppet regimes, training of Death Squad members at the US School of the Americas, and the imposition of trade agreements disadvantageous to the environment and to the working people of the region.  The logical corollary of years of such hegemonic interventions in Central America has indeed been nothing but desperation - a desperation that is causing thousands to risk their lives and the lives of their children to seek a better life in the United States.  And now Victor Frankenstein is looking for a way to get rid of the hated "monster" he created.
Posted by Ric Couchmam at 6:01:00 AM
Email ThisBlogThis!Share to TwitterShare to FacebookShare to Pinterest