At the General Assembly of Vassals and Lackeys 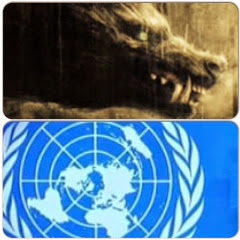 They are all afraid of the big bad wolf.  It was utterly appalling to see the world's leaders at the recent United Nations General Assembly as they sat comfortably listening to the lies and drivel that emanated from the podium.  I expected the Secretary General to show some b@lls and name names, but he spoke in mere platitudes and generalities, missing a golden opportunity to show some leadership in the disheartening absence of leadership.  Not one of those leaders present had the backbone or the chest to show, by walking out of there, their rejection of the lies and drivel they heard.  The following is my response to what I heard as I listened to one speech in particular.  It doesn't take a rocket scientist to figure out to whose speech I refer.

--- Most of us know all too well who is responsible for the conditions for war, disorder, and fear in our world today.

--- The world economy while being strengthened continues to benefit only the 1 percent.

--- Health, technological advancement, and literacy mean nothing if peace does not exist. And no! The people of the world are not resolving differences peacefully. They see as the paradigm bullying, threats, and bombings.  Those are their models.

--- The unease in the world is the direct result of one nation's unabashed quest for global dominance, and that nation isn't Russia.  And did you even read "Heart of Darkness"?

--- You (like those before you) are too caught up with your global ambitions to care about helping the developing world.  And any "help" you provide always comes with strings attached.

--- Cancer of extremism??  How about Nagasaki, Hiroshima, the killing fields of Vietnam. I could go on and on.  Those small time "extremists" in the Middle East learned from the Extremist par excellence.

--- And do not talk about international norms; you pay only lip service to them and adopt them only when doing so is in your interest.

--- "The cause of empire" (your cause and ambition) continues to lead to the graveyard.  Following WW II you and those before you have been responsible for about 10 - 20 million deaths.

--- Russia didn't topple Ukraine's democratically elected president; you did.  You have bombed or invaded seven countries in the past seven years.  As far as I know Russia hasn't bombed anybody since it got booted out of Afghanistan in 1980.  So whose actions really challenge this post-war order?  Yours.

--- You don't believe that might makes right??  That ludicrous.  It has been your policy and practice and the policy and practice of those before you.  It's called the Roosevelt Corollary.  And your brand of diplomacy has a "big stick" that is wielded behind it.

--- Um...I beg your pardon...the cease-fire agreement to which you referred and which you were largely silent about was Putin's initiative. It's also called the Minsk Agreement.

--- Not at war with Islam?? You could have fooled me.  Those were not Christian states you have been bombing in the past seven years. Neither is the one you are currently bombing, Christian.

--- Do you realize that you and those before you have a way of arming and supporting (whether directly or indirectly) so-called moderates who end up becoming your enemy and the future terrorists you end up having to kill?

--- A couple of beheadings have got you raining down bombs; one of your dictator allies has carried out about 19 beheadings in one month, and you haven't even batted an eyelid.  And the country you are now bombing is far more democratic than the Arab dictatorships that are now your allies.

--- You are right. God does not condone terror. Neither does he condone yours or those whose terror you support - the kind the Gazans had to endure recently.

--- And by the way...since when is evil a qualitative construct?  Evil is evil without qualification - whether it is deliberately taking someone's life or denying someone the conditions for a decent existence.

--- Oh...and one last thing.  You got it all wrong.  The network of death includes you and your European lackeys.

Posted by Ric Couchmam at 7:06:00 AM
Email ThisBlogThis!Share to TwitterShare to FacebookShare to Pinterest