Poor Ukraine: Between a Rock and a Hard Place 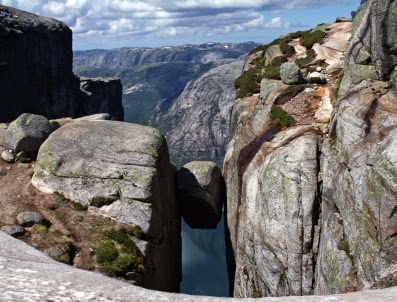 The situation in is a mess, with its civilians (especially those in east ) paying the price.  This hapless nation is caught between a rock and a hard place – the rock being the and its NATO vassals and the hard place being .  Both Russia and the US have designs on Ukraine, with the former seeking to use it as a buffer against NATO’s expansion to its borders and the latter seeking to use Ukraine as part of a bridge-head to gain access to Eurasia (See The Grand Chessboard: American Primacy and Its Geostrategic Imperatives by Zbigniew Brzezinski; don’t just take my word for it.).  For the US and Nato this means fast-tracking Ukraine’s membership into the EU and NATO, while for Russia it means making sure that no such alliance takes place as that would mean loss of the strategic Sevastopol port in the Black Sea, (home to its Black Sea Fleet) and the NATO military infrastructure right on its border.

The reality is that none of the two parties, or the , is particularly concerned about ’s well-being.  Their own particular interests are paramount, not those of .  Both the US and Russia must take responsibility for the current mess – the US for helping to orchestrate the overthrow of Ukraine’s democratically elected President and Russia for its illegal annexation of Crimea.  And while these two are busy pointing fingers at each other, over two thousand civilians have been killed and the accusations back and forth seem to be moving us closer and closer to war.  The propaganda machine is working on both sides, while the military industrial complex is licking its chops at the prospect of another war.  While those of us with good sense still have heads on our shoulders, we must speak out against the atrocities being perpetrated against the civilian population in East Ukraine and against the madness of the politicians in the US/Europe and .

Posted by Ric Couchmam at 1:23:00 PM
Email ThisBlogThis!Share to TwitterShare to FacebookShare to Pinterest