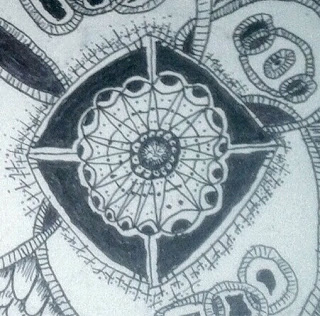 Truth, it seems, can be found in every crack or crevice, in open spaces, in high places, in the depths, in dark places, and in bright places.  Sometimes we look in vain for it in places we expect it to be found and find it places we would least consider its habitation.  We might recognize it immediately when we see it, and at times it might not be readily apparent to us.  She can be quite elusive, for when we think we have her in our grasp she eludes us.  She often confounds the expert but might make herself accessible to a child.  It appears also that she will not be monopolized or be exclusive to anyone or to any group.  Her spokespersons are varied, of every gender, age group, economic status, disposition, sexual inclination, religious affiliation, etc.  She is itinerant, constantly on the move, free, beholden to no one.  Yet she beckons us to follow after, to pursue her, asking only that we leave all of our baggage behind, that we be humble, and that we keep our minds open in our pursuit of her.

From childhood to adulthood, I have pursued her in play and recreation, in the Arts, in formal education, in personal interests, and among religious circles.  In the latter, I have encountered her in Roman Catholic, Protestant, Evangelical, Judaic, Muslim, Hindu, Buddhist, and Mormon groups and gatherings, including a few grassroots religious groups usually associated with the so-called lower or uneducated class.  Recently I have been attending meetings sponsored by a group called Inner Enlightenment Spiritist Society in which I have been learning about Spiritism, and I have encountered her in those meetings as well.  But when I reflect on my experience in those circles, both past and present, I have come to the realization that she does not necessarily reside in their doctrinal statements or texts but in the rich and wonderful interaction and connection among the members of those circles after the formalities of worship, study, and prayers are ended.  Maybe, Truth is meaningful interaction among humans; who knows?  Anyway, gotta go!  She's calling me.

Posted by Ric Couchmam at 10:12:00 AM
Email ThisBlogThis!Share to TwitterShare to FacebookShare to Pinterest