The Disenchanted Artist
by
Ric Couchman 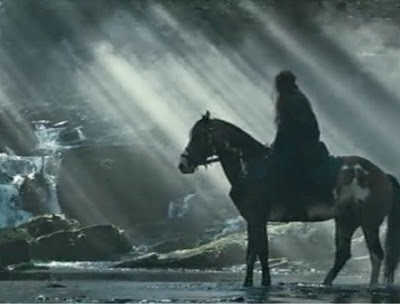 And so, like fearless Achilleus,
The artist hurls herself into the fight,
Her mightier-than-the-sword wreaking havoc,
Routing the proud and the unjust,
Exposing the oppressors
And the profiteering covetous.
Not even the Agamemnons of this world
Nor the Gods of lofty Olympus
Are spared her tenacious onslaught
As she impales them with that piercing truth
Forged on the anvil of imagination and passion.
And then, after a while, like war-weary Achilleus
She withdraws from battle to her lonely tent,
Bewailing the unfairness, the injustice,
The apparent triumph of evil over good,
The muted silence of a distant God,
The inescapable rightness of might,
And hope, like the beautiful Briseis, snatched away.
And so the artist sits, in a pout,
Disdaining that powerful instrument of her craft,
Languishing in melancholy and disillusionment,
Refusing to rejoin the battle,
Questioning the point of it all,
And nursing that sensitivity
With which artists are cursed.
And there the artist sits, forlorn,
Immersed in a dark and enervating lethargy,
Unmoved even by encouragement and praise
Until, moved by some imperceptible prompting,
She stirs again.

Posted by Ric Couchmam at 11:54:00 AM
Email ThisBlogThis!Share to TwitterShare to FacebookShare to Pinterest