The CIA Torture Report: Who Gives a Sh*t? 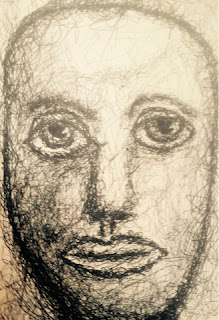 You have probably read this stuff in comic books or novels or seen it in the movies. Scenes in which the hero or protagonist (most often American, male, white, and by Western standards, sexy) is being interrogated by the enemy, the bad guys, the evil guys, speaking English with thick accents, and in terms of looks and intellect, quite a contrast to the smart, intelligent, hardy, "hot-looking" prisoner sitting tied up in front of them. The bad guys are almost always east European, Asian, African, Middle Eastern, or Central/South American and are portrayed as cruel, inhuman, and immoral by virtue of the torture they inflict on the protagonist who, on account of his superior skill and intelligence, is able to eventually escape.

As a child and as a teenager such scenes, among others, have helped shape my own image of America - an America that I perceived as moral and just. However, as I entered into adulthood that image of America began to erode, but then, like Daniel's statue, it came crashing down with my reading of the Senate Select Committee on Intelligence abridged, unclassified version (525 pages) of its 6,000-page study of the CIA's Detention and Interrogation Program. It turns out that the good guy, the protagonist, the American hero, is no different from all the rest.

I refused to rely on brief summaries of the unclassified version as provided by the major news outlets or on discussions about it on talk shows. I wanted to read it for myself in its entirety. I shall not summarize the short version of the report here, as summaries are available all over the Internet. I will simply share my reaction. As I began to read the report I wondered how many Americans would read it, or were even aware that it had been released, or knew what it was about. It has been about two weeks since its release, and already it has faded into the background. My feeling is that most Americans don't give a shit. They are too busy caught up with other things, the tabloids, talk shows, Facebook postings, consuming, sports, stuff.

Throughout the reading my heart was heavy with sadness. I was incredulous; I could not believe that which I was reading. This was not the America with which I was familiar, though I was starting to have my doubts over the years. At one point tears welled up in my eyes as I read of the treatment of Abu Zubaydah; I wanted to vomit. I also felt anger at various points. Most insightful, though, was the reaction (a hint of sympathy) of some of the observers to Abu Zubaydah's torture. It made me realize that torture ends up humanizing the tortured no matter how evil they might be, and that by resorting to and justifying torture the United States had become no different from those it has characterized as evil. For if the essence of evil is the total disregard for human life, the U.S., by resorting to torture, has in effect bared its essence.

The SSCI's report on the CIA's Detention and Interrogation Program has certainly exposed the lie of American Exceptionalism. In June 2003, President Bush issued a statement to the United Nations in which he affirmed America's commitment to the elimination of torture and calling on all Governments to follow America's example in investigating, prohibiting, and prosecuting all acts of torture. Well, even as the President made that statement the CIA's Dentention and Interrogation program was in full swing, with every possible attempt being made to circumvent treaty obligations and U.S. Law by means of rationalizations, fabrications, obfuscations, half-truths, and lies.

Every effort, it seemed, was made to find a way around the Geneva Convention on the humane treatment of prisoners of war, around CIA's own views about the ineffectiveness of torture, around formal procedures in other countries, and around US laws, in an attempt to legalize torture. Particularly laughable (in the report) was CIA Director Porter Goss's attempt to convince the Committee that coercive interrogation or enhanced interrogation techniques (nicer names for torture) as used by the CIA was more or less like "an art or a science that is refined."

Sadly, it appears that those responsible, from interrogators to those at the highest level of government, will not be standing in the hall of justice to answer for their crimes. I close with a quote from Committee Chairperson, Diane Feinstein: "While the Office of Legal Counsel found otherwise between 2002 and 2007, it is my personal conclusion that, under any common meaning of the term, CIA detainees were tortured. I also believe that the conditions of confinement and the use of authorized and unauthorized interrogation and conditioning techniques were cruel, inhuman, and degrading. I believe the evidence of this is overwhelming and incontrovertible."

The treatment to which some CIA detainees were exposed:
Slapped


Making use of prisoners' fear of insects


Posted by Ric Couchmam at 3:14:00 PM
Email ThisBlogThis!Share to TwitterShare to FacebookShare to Pinterest