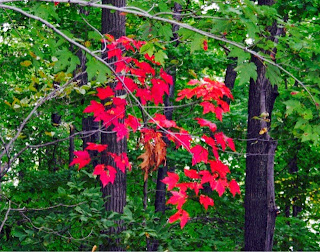 You are beautiful. You are not different. You are just who you are supposed to be and in the place you are intended to be. The idea of difference is entirely from the point of view of the individual beholding that perceived difference. It is not absolute. Unfortunately, our society has so embraced the term, and as such it has become quite value-loaded, suggesting that there is something wrong with the individual who does not look like or behave like the status quo. At first I thought that I should say to you, "Embrace your difference", but instead I say to you embrace who you are without judgement. Further, do not be saddened because others fail to accept you. Conform to your own definition of yourself and not to their definition of you. Celebrate the "difference" that Nature intends. It is that mosaic that She has set in place, that makes our world rich, alive, and beautiful. Imagine a world in which all were gay, or straight, or male, or female, or white, or brown, or black, or short, or tall. Imagine a world in which only the color green existed, or every sound was the same pitch or tone, or everything tasted the same, or felt the same. From such a world we would quickly take flight, for what a boring world that would be. So, my child, you are not out of place. You do not stand out but are right where you were intended to be on Nature's grand canvas.

[Photo Art by Ric Couchman]
Posted by Ric Couchmam at 6:09:00 AM
Email ThisBlogThis!Share to TwitterShare to FacebookShare to Pinterest