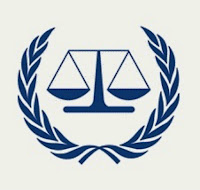 One would think that approving, acceding to, and ratifying the Rome Statute is a good and commendable thing. What can be wrong about taking a stand against war crimes, crimes against humanity, the crime of genocide, and the crime of aggression? What can be wrong about seeking to contribute to the prevention of such crimes and about cooperating in every endeavor to bring the perpetrators of these crimes to justice? What can be wrong in seeking to become a party to and in ratifying that Statute? Well, it would appear that in attempting to place itself under the jurisdiction of the Rome Statute, the Permanent Observer State of Palestine (having recently lost its bid for statehood - thanks to the United Nations Security Council) is doing something bad, so much so that it was warned of repercussions if it proceeded in its efforts to sign on to taking a stand against the crime of aggression, the crime of genocide, war crimes, and crimes against humanity - which, in essence, is what the Rome Statute is about. What baffles me, is how the two nations that are the most vocal in their objections to Palestine's becoming a party to the Statute and that have made threats of repercussions can make objections when they themselves have withdrawn their obligations to the Rome Statute.
Posted by Ric Couchmam at 8:29:00 AM
Email ThisBlogThis!Share to TwitterShare to FacebookShare to Pinterest