Those "Black Punks in Baltimore" 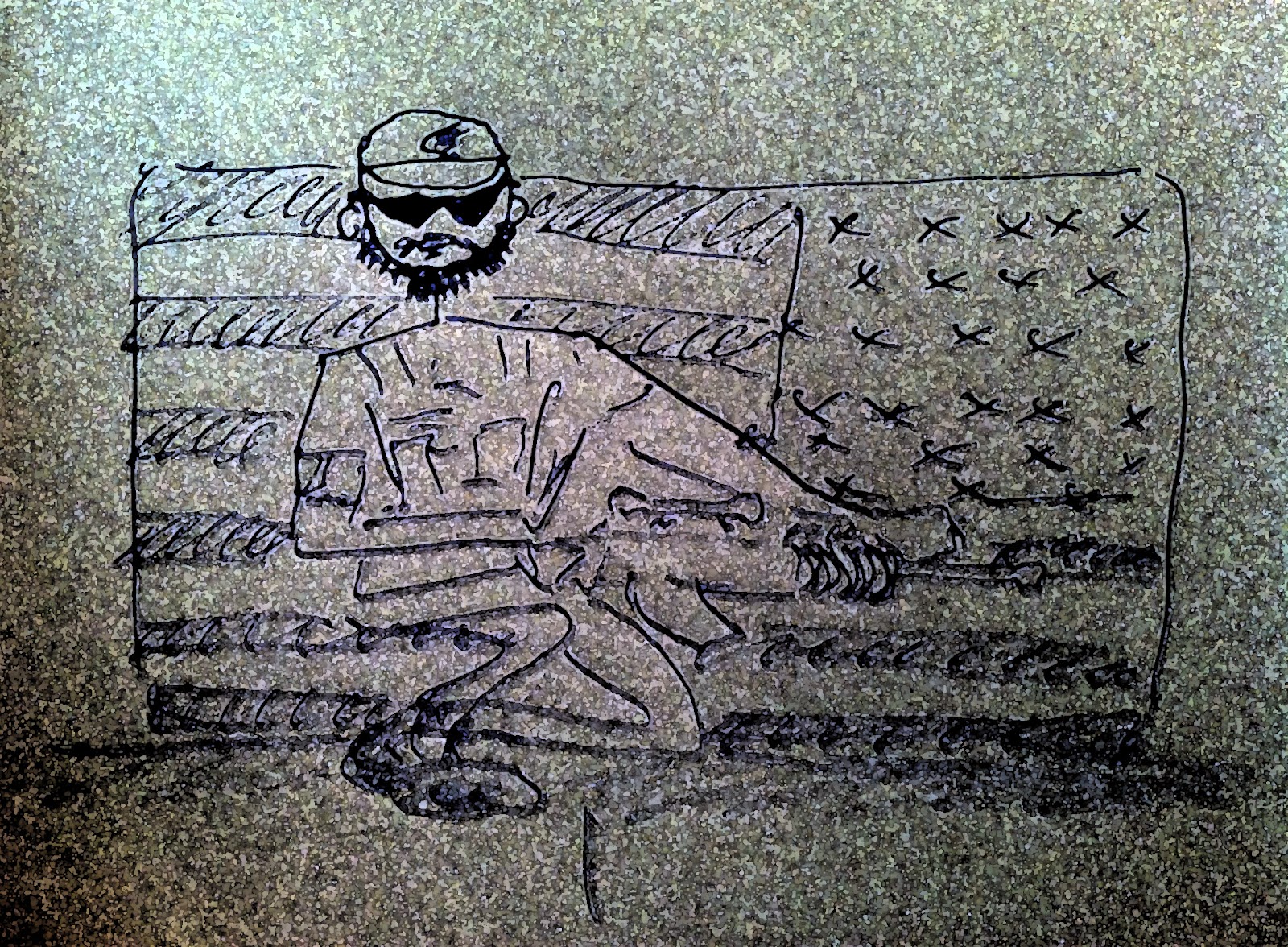 I saw the photo you posted of you or someone else posing in a semi kneeling position, buffed, with assault rifle in hand, upper right arm tattooed, dark sun-glasses (seem to be the standard issue of law enforcement officers and military personnel these days), with the star spangled banner as a backdrop. You certainly cut an imposing and intimidating figure, and I suppose your intent was to convey that message. But I was more interested in your written message to those “un-American black punks in Baltimore”, 'black punks' perhaps being your politically correct expression serving as replacement for the so-called n-word. And "Un-American"? - for that's what you also called them. I wonder whether those “black punks” aren't more American that you and I. Didn't the very blood, sweat, and tears of their grandparents and great-grand parents (not forgetting the blood sweat and tears of native Americans) provide the nutrients that nourished this great land we call America.  And doesn't that, my friend, give them the right to burn the U.S. Flag and to say "Fuck America"?

Now I do understand your anger over their burning of the flag and their "Fuck America" declaration, and I am happy for you that you consider yourself a proud American, having sprung from a long line of U.S. veterans. One certainly cannot be faulted for taking pride in honorable service and for being proud to identify with his or her homeland. But you see, Dave, those "black punks in Baltimore" chose to put principles over symbols. For them, far more important than the flag (not that the flag isn't important) are the principles of justice, fairness, and respect for human dignity. So they burn that flag because the conditions that would allow them to feel the pride that you feel as an American have been systematically denied them. There is no doubt that you love this country, Dave, for it seems to have been good to you, but these "black punks in Baltimore" feel no such love at the moment because America has not loved them in the way it has loved you. And so they say, "Fuck America!"

Now, without a doubt, the way those "black punks from Baltimore" have been expressing their frustration and anger at what they perhaps perceive as America's lack of love towards them is certainly not the best approach. But I have to tell you, Dave, when there is no meaningful outlet for the anger and frustration that a people might feel about the unavailability of justice on their behalf and about the insufferable indignity with which they are treated, then like a volcano they will certainly erupt. As Dr. Martin Luther King, Jr. said, "Riot is the language of the unheard." Thankfully, what we see now in Baltimore is a mere fissure, allowing for some release. However, one would have to think that if the indignities and the injustice continue unchecked that the feelings referred to above will continue to ferment in the people's consciousness, and God knows that we cannot afford such a build up.

You figured that you might be called racist based on the things you said in your message. I, for sure, would not call you racist since I don't know you and am not inside your head. But I have to tell you that the phrase you used, "black punks in Baltimore", does hint of racist sentiments. So, while I don't know that you are racist, that seemed like a racist thing to say. Had you not used the word "black" in your statement I figure you would have had no need to be concerned that you might be called racist. You also made mention of your "black friends". Now you are without a doubt smart enough to know (having been taught critical thinking in school) that having "black" friends does not inoculate one from a racist mindset (in this case vis a vis black people), neither does the fact that those same "black friends" disagree with the actions of the protesters in Baltimore.

I do appreciate your bearing with me thus far, Dave, but I beg your indulgence in allowing me to make one last observation. I do agree with you that if an individual does "not like it here in America" that he or she should leave. Now assuming that those "black punks in Baltimore" do not like it here in America, I do not believe that they have the economic means to simply pick up and leave for some other place as they please. Now I am sure that if they had the means, they would have been out of here (assuming of course that they don't like it here). And interestingly, Dave, their inability to leave is perhaps directly related to the economic system that is the policy here in America - a system that increases the wealth of the few while economically suffocating the many, and I am almost positive that the rage you see them exhibiting in Baltimore is in part due to that economic injustice as well.

Sincerely,
Ric Couchman
P.S. You mentioned the principles upon which America was built, but you did not elaborate on what those principles might be. Did you mean principles of greed, violence, aspirations of global dominance, and exceptionalism?

[photo art by Ric Couchman]
Posted by Ric Couchmam at 1:39:00 PM
Email ThisBlogThis!Share to TwitterShare to FacebookShare to Pinterest