Your Hollow and Meaningless Apology 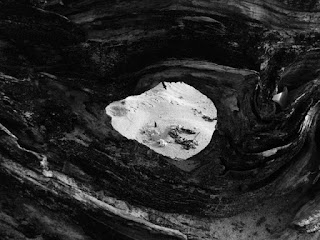 "Do you realize what you have done?" Do you realize what you are doing? Your apology came only after you were boxed into a corner by the evidence and by pressure from the organization, Doctors Without Borders. Before that you claimed that the hospital campus was being used by the Taliban. When that excuse didn't fly you changed your story to the equivalent of "The Afghanistan Government made us do it." And now that the truth has come to light - twenty-two patients and aid workers killed by your airstrike on the health facility in Kunduz (northern Afghanistan) - you give your hollow and meaningless apology? What about those innocent men, women, and children whom your drone strikes obliterated while they were at wedding celebrations or funeral gatherings. They nor the countless other innocents (whom you like to call collateral damage) you killed did not have the weight of the Red Cross or DWB to speak for them. So much for  (the lie of) American exceptionalism and American humanitarianism.

And in the meanwhile your fellow murderer in crime from Saudi Arabia is raining down bombs made by your weapons producers from aircraft also made by your weapons producers on innocent civilians in Yemen. I am sure you heard of the 131 civilians the Saudi government blasted to smithereens while those civilians were at a wedding party on September 28 in Yemen. Those poor innocents never knew what hit them. Of course you probably didn't hear about it (which I doubt highly) because your propaganda machine, the major news media here, have given that horrific war crime minimum coverage. I don't know how you can sleep at nights with so much blood on your hands. Perhaps you don't. Perhaps your apology is sincere, but I doubt that, for if it were sincere you would have apologized in the first place and not have made lame excuses. Oh...one last thing...perhaps it is time to return that Nobel War Prize (sorry...an honest slip...I meant "Peace Prize") you received during your first year in office. And while you are at it, don't forget to return the check as well.

Posted by Ric Couchmam at 1:17:00 PM
Email ThisBlogThis!Share to TwitterShare to FacebookShare to Pinterest