On the Matter of Lives: Principle and Practice 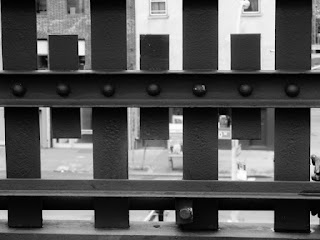 Last night a friend of mine asked what I thought of the Black Lives Matter movement. Affirming my unequivocal and full support for the movement, I told him that it was important in that it places front and center the systemic social and economic conditions under which blacks live in this country and challenges the response for change in these conditions. He retorted, "All lives matter," and proceeded to berate the movement. I told him that the universal principle was not that which was in question, but that was as far as the conversation got. He gathered his things together and walked out on me. Thankfully, he has since called to apologize for the manner in which he exited. I gather that the current state of things is putting a strain on many friendships.

The statement, "All lives matter" is a principle that no thinking human being can deny. However, in this country that is all it is, a principle. It is not effectively put into practice, at least for Blacks. The treatment we habitually receive represents the exception to the "all lives matter" principle. The facts bear this out, with the deck stacked against us in education, employment, housing, and criminal justice. So when we say "Black lives matter" we are certainly not denying the importance of the lives of those for whom the principle is a reality. We are demanding inclusion in a principle from which, in practice, we have been summarily and effectively excluded.

[photo art by Ric Couchman]
Posted by Ric Couchmam at 7:18:00 AM
Email ThisBlogThis!Share to TwitterShare to FacebookShare to Pinterest