A New Book by Ric Couchman

Tormented by the desire to fulfill a childhood dream and with time running out, an artist embarks on an unforgettable journey taking him deep into the Guyana rainforest and bringing him face to face with his own inner self. Compelling, humane, and rich in pathos, this absorbing and masterful narrative reminds us of the power of our dreams and encourages us to follow our vision wherever it takes us. 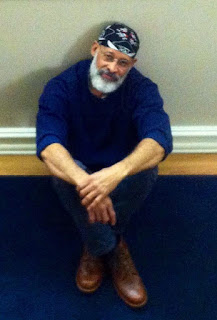 Ric Couchman was born in Georgetown, Guyana. A bright, but average performer in high school, Ric’s interest in serious scholarship began during his seminary years at the Jamaica Theological Seminary. There also began his passion for Literature and Philosophy. His love of prose writing began in primary school where he wrote his first piece, “Lost in the Jungle”, and his love of writing poetry emerged a few years after college. He credits Guyanese writer, Edgar Mittelholzer, as his inspiration. Ric’s intellectual background, his North American residency, his upbringing in the Caribbean, his sole care of four siblings at age eighteen, and his direct exposure to Hinduism, Islam, and Roman Catholicism all inform his writings and influence his unique style and voice. His other books include: 3:00 A.M., Blueprint for a Nihilism, The  Conflagration of Ouranos, A Famne of Tears, and Musings from Outside the Universal.

Posted by Ric Couchmam at 11:54:00 AM
Email ThisBlogThis!Share to TwitterShare to FacebookShare to Pinterest