I am Ric Couchman 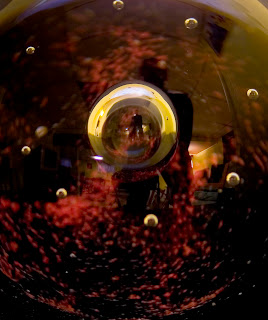 I am a synthesis, a product of the forces of contradiction.  I was borne along by these forces the moment I arrived on the scene many years ago in ’s only English-speaking country, .  That was the year that Chairman Mao gave his “thousand flowers” speech to the Chinese intelligentsia, offering them the opportunity to be critical of the party, only to recant on his promise and instead rule then with an iron fist. It was a time of violence, revolution, movements for independence, a time of hope, despair, and creativity.

That same year I was born, Albert Camus, the most influential artist in my life, received the Novel prize for Literature.  In that year also the Russians launched the first inter-continental ballistic missile, and two years later the Cuban Revolution was born.  In my own country at the time the movement toward independence was fraught with tension, suspicion, betrayal, and violence.

My first memory as a child was the experience of contradiction – the observation of intense rage and violence in one minute and tenderness and compassion immediately following.  My creative expressions actually grew out of that moment, and my character – the person I am today – was also shaped by that moment.  That moment was for me a moment of choice; I chose compassion, love, tenderness, empathy.  And in that moment also I received a glimpse into the human soul; I saw the human individual at her/his worst and at his/her best.  I watched only; I cast no judgment.

In the years following, I continued my growth and development in the midst of contradiction. Born Roman Catholic and later become an altar boy, I grew up in a multi-racial village that was predominantly Hindu, being strongly influenced by that religion’s marriage, worship, and funeral rites, its festivals, and its other expressions.  At some point my father, a Marxist-Leninist, enrolled me in Islam in which I learned Arabic and how to be a good Muslim.  Learning Karate introduced me to Buddhism and self discipline.  Somewhere in the midst of all the preceding I picked up my father's Plato's Republic, my first attempt at serious reading.

But my most significant experience and the period in my life which proved to be a key turning point was after my father died and my being thrust into the role of providing for my four siblings – a role that I anticipated, tried to run away from, but that eventually caught up with me.  It was during that time also that I embraced evangelical Christianity, following which I began my intellectual journey in Theology, Philosophy, and Literature, and a brief descent into nihilism, before ultimately emerging again to embrace life and humanity.

In general, my interests and tastes are pretty eclectic.  I am an avid outdoors person, and I am into health and fitness.  I have also always been artistically inclined.  I have played a few musical instruments, done some painting, developed a love for photography, and can put a sentence or two together. However, it was only until about ten years ago that I started writing poetry seriously.  It was as if the cauldron of emotional memory was simply just waiting to boil over.  I just could not help myself; I was impelled to write, and my first book of poetry is the product of my creative eruption.